The all-red sneaker may have died a horrible death in 2015 but there are some shoes that look simply amazing in tonal crimson. The Air Jordan V Flight Suit ‘Red Suede’ isn’t the first or best Air Jordan V (that’d be the Raging Bulls) to take on a red theme but thanks to  the materials used, won’t be the worst. Read on to find out more.

Officially released as part of the ‘Flight Suit Pack’, this sneaker is inspired by basketball tracksuits from the 80’s. Particularly the ones famously worn by Micheal Jordan in a lot of promo images from the Air Jordan 1 era. He’s even wearing the flight suit pants in the infamous ‘Jumpman‘ photo. 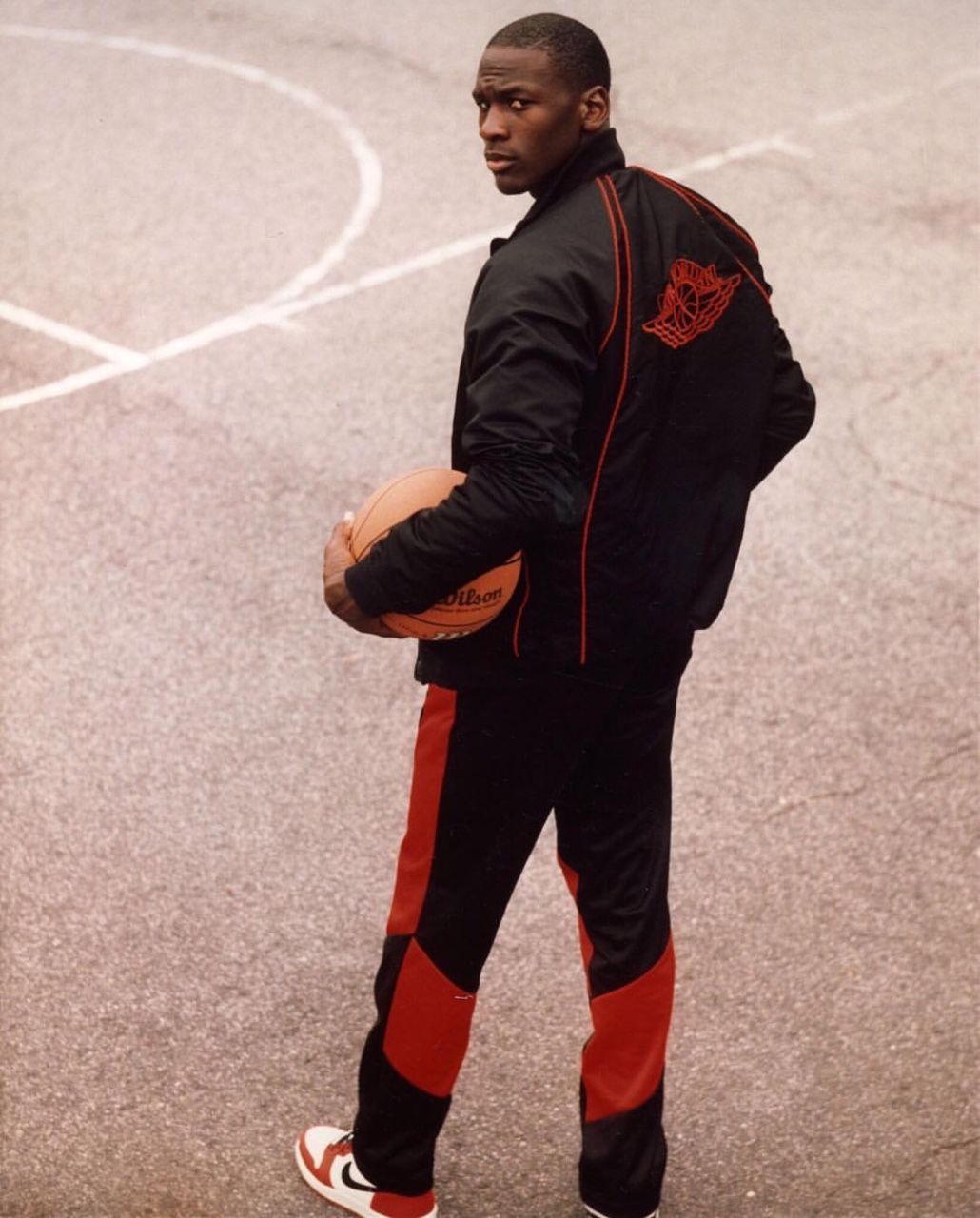 The Flight Suits were designed by Diane Katz, who wanted to make athletically intimidating clothing that followed function. I think she succeeded. The Black/Red Flight Suit screams Chicago Bulls, but the bold colorblocking looks downright menacing. Flight Suits for ‘Air Jordan’: Makes sense doesn’t it? However, while it is great to see Jordan Brand drawing inspiration from its heritage to make new colorways, I really hope they would give a rest to shit like this. It’ll be interesting to see how far they’ll go with the story colorways on retro models, given that the new stuff isn’t doing so great.

The best part of any Air Jordan V is the tongue, whether you see it peeking out under dad jeans or when you see it glinting at night. But for this shoe, the suede takes the cake. I’d be lying if I said that the suede was as good as it is on the Raging Bulls, because that suede is made from cut up Elmo dolls. Or Elmo himself. But this is a pretty good suede with a soft grain. It isn’t perfectly red either and looks a little ashy in some places, which is something I don’t like.

The midsole is red too but the color doesn’t match the upper or the laces for that matter and while this may bother some people, I am okay with the slight differences in tone. The paintjob and stitching on these are pretty good too. The Air Jordan V features a visible heel and enclosed forefoot Air unit in a polyurethane midsole, and as most retros go, comfort isn’t the best. An ortholite insole provides some stepping comfort though.

The Flight Suit theme will continue this year with the Air Jordan V ‘Blue Suede’, inspired by the Royal Flight Suit, dropping on September 30th. I actually like those better since that’s a colorway that’s never been done before.