Nike Basketball had its crowning moments in the 90s when their craziest designs met some amazing athletes in what was basically the swoosh utterly dominating courts everywhere. And since a lot of my favourite basketball designs, in terms of looks of course (tech is a lot better today), are from that era, I will argue this fact to the bitter end. The Air Jordan XI, Air Max Penny 1, Zoom Flight 95, and the Foamposites made a huge impact but the loudest among them was probably the Air More Uptempo, which Scottie Pippen rocked to the ’96 Olympics. Read on to find out more about this crazy retro sneaker.

Wilson Smith designed the Air More Uptempo taking inspiration from oversized objects in pop art, rail graffiti and architecture, managed to work the word Air into the upper of the shoe, The maximalism wasn’t just limited to looks however as the shoe came with an unprecedented full length air unit for maximum cushioning and more lockdown features than a bank. These are not light shoes but thanks to plenty of cladding and the aforementioned large volume air unit, are surprisingly comfy.

Originally released as an Asia exclusive as part of Nike’s Retro Basketball ‘Hoop’ Pack in 2005, this re-mixed Chicago Bulls colorway features speckled black patent leather on the ‘AIR’ lettering and 1996 embroidered on the heel. The pack was rather hard to find and also featured other sneakers like the Air Max Penny and the Shox MTX.

Scottie Pippen had his own signature line with Nike from the Air Pippen to the Air Pippen V, but #33 rocked these against the Sonics in the 96 finals and at the Olympics which made the shoe synonymous with him. 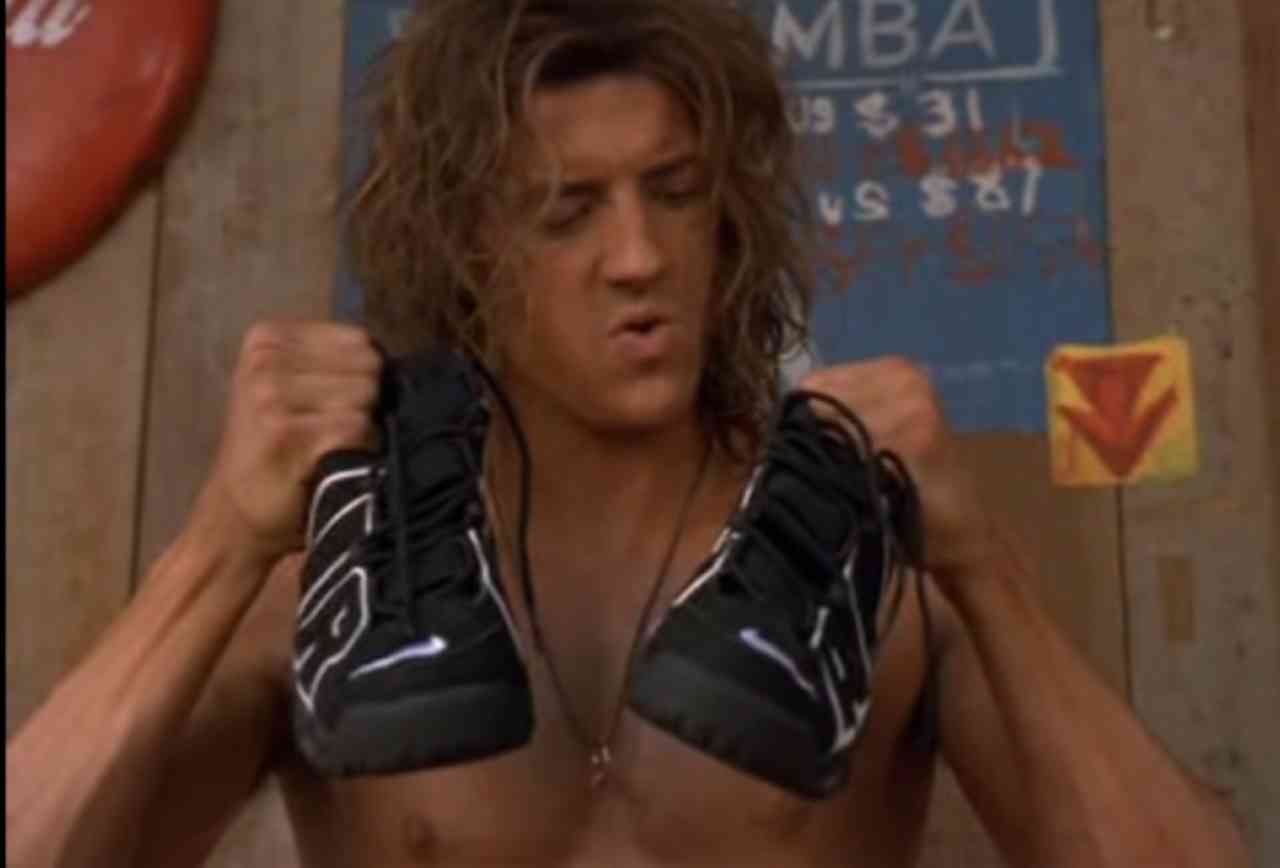 The Air More Uptempo also made its way onto actor Brendan Fraser’s feet for 1997′s George of the Jungle!

I actually like this colorway a lot more than the Suptempos and as long you don’t rock these with bootcuts, you will be snapping heads everywhere you go.